When Silence Was Golden 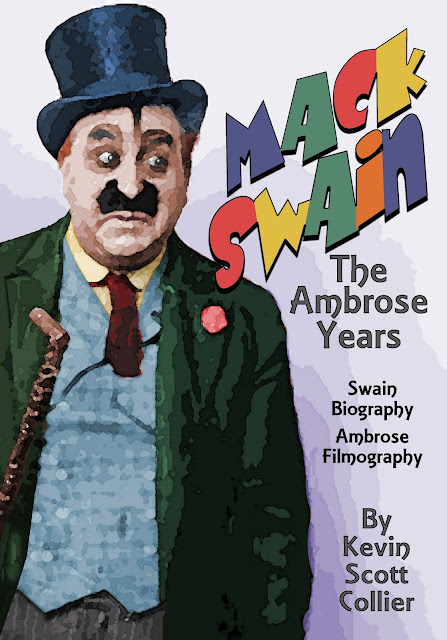 MACK SWAIN: THE AMBROSE YEARS
A New Book Written by
Kevin Scott Collier
PURCHASE HERE FROM AMAZON
Notice: A printing error on page 36 of the book has been corrected that omitted a
photograph. Editions ordered after September 17, 2017, corrects the error.

Growing up in a polygamist family in the late 1800's, Mack Swain was born to be an entertainer. First touring in vaudeville, then owning his own stage production company, Swain was one of the early comedians to work in the silent film shorts under the direction of Mack Sennett's Keystone Film ventures.

While at Keystone, Swain developed a character, Ambrose, which he would be most identified with during his career. Mack Swain: The Ambrose Years, explores the entire series and presents news, reviews and promotional advertisements for the films. Other films by Swain are also included focusing on the most acclaimed.

http://www.fabbly.com
Posted by Kevin Collier at 6:37 AM No comments: